If you’re new to the sport of golf, or just want a refresher on some of the scoring terms that are used on the course, then this blog post is going to be perfect for you.

Golf scoring terms can be confusing at first, but don’t worry! Golfers commonly use these terms all day long without even realizing it.

We’ll break down each term so by the end of this article, you’ll have a better understanding.

An ace, or hole-in-one, is a golf term that describes when a golfer sinks their ball into the cup on a single shot. This is extremely rare, but it can happen! Golfers are often seen celebrating when this happens because they know it’s a once-in-a-lifetime moment.

In fact, a lot of country clubs will give you a plaque if you get a hole-in-one on their course.

As you can imagine, most golfers will go their entire life without scoring one, since it takes a combination of luck and skill to achieve!

An albatross, or double eagle, is a golf term that is used when a golfer scores three under par on any hole. It’s one of the hardest scores to achieve and can only be accomplished by the most skilled golfers!

Even the best golfers in the world go their entire life without one, as it requires a ton of luck and skill to score it.

There are only two ways to score an albatross; a hole-in-one on a Par 4, or a score of two strokes on a Par 5.

A birdie is a golf term that is used when a golfer scores one under par on any hole.

There are many ways for a golfer to score birdie on any given hole; most commonly, you’ll have to hit the green-in-regulation and one-putt the ball!

Average golfers will score about 0.3 birdies per round, making it a rare score to get.

A bogey is a golf term that is used when a golfer scores one over par on any hole.

While a bogey is an undesirable result for a low handicap or professional golfer, amateur golfers are generally happy with only needing one more stroke than par to complete a hole.

A double bogey is a golf term that is used when a golfer scores two over par on any hole.

This score is pretty common, as it’s usually the result of two bad shots in a row or hitting the ball out of bounds!

A condor is a golf term that is used when a golfer scores four under par on any hole; it’s also known as a double albatross, or triple eagle.

This score can only be achieved in two ways; either by scoring a hole in one on a Par 5 or scoring two strokes on a Par 6.

To this day, there are only six known instances of a condor happening in the history of golf!

An eagle is a golf term that is used when a golfer scores two under par on any hole.

While it’s rare for amateur golfers specifically, the most common way to score an eagle is by reaching a Par 5 green in two shots and only needing one putt.

A mulligan in golf is what you call a second chance. If you hit what appears to be a bad shot, and want to try again, the other players will allow it as long as they can see that your first shot landed on an unplayable surface (e.g., water).

It’s a way for casual golfers to get another chance, without counting the original stroke.

A par is a golf term that an expert or scratch golfer should expect to score on any given hole or course.

It’s the score every player should aim for, as it means they’ve done what was expected of them in terms of strokes!

Par is calculated by how many shots it should take you to reach the green, and adding in two putts.

Most courses are 18 holes and scored at a Par 72, which includes the following:

While this is a general guideline, each course is unique and the scoring can vary greatly depending on a lot of different factors!

A provisional ball is a shot that is used when a golfer hits a ball that isn’t clearly visible, whether it’s lost in the rough or potentially hit out of bounds.

If you can’t see it from where you hit from, announce you are hitting a provisional shot, step up, and then hit a provisional ball before searching for the original.

A quadruple bogey is a golf term that is used when a golfer scores four over par on any hole.

It’s a score golfers hope to never score, as it’s a really bad score which can ruin your entire round!

To get one, you typically have to hit the ball out of bounds or into an unplayable lie that causes bigger problems.

A stroke is a golf term that is used to track the number of shots it takes a golfer to complete a hole.

So, every shot you take is considered a stroke and should be counted on your scorecard so you can keep an accurate score.

Keep in mind, if you are trying to hit the ball and miss, it’s still considered a stroke and should be counted!

A triple bogey is a golf term that is used when a golfer scores three over par on any hole.

It’s one of the worst score results you can get since it means you are shooting three shots worse than expected!

Hi, I'm Chris Moore and I'm the guy behind Golfah.com. As an avid golfer since 2010, I decided to create this blog to share everything I've learned over the years. Whether it's golf equipment, swing tips, or anything in-between, I want to make sure you have everything you need to become a better golfer. 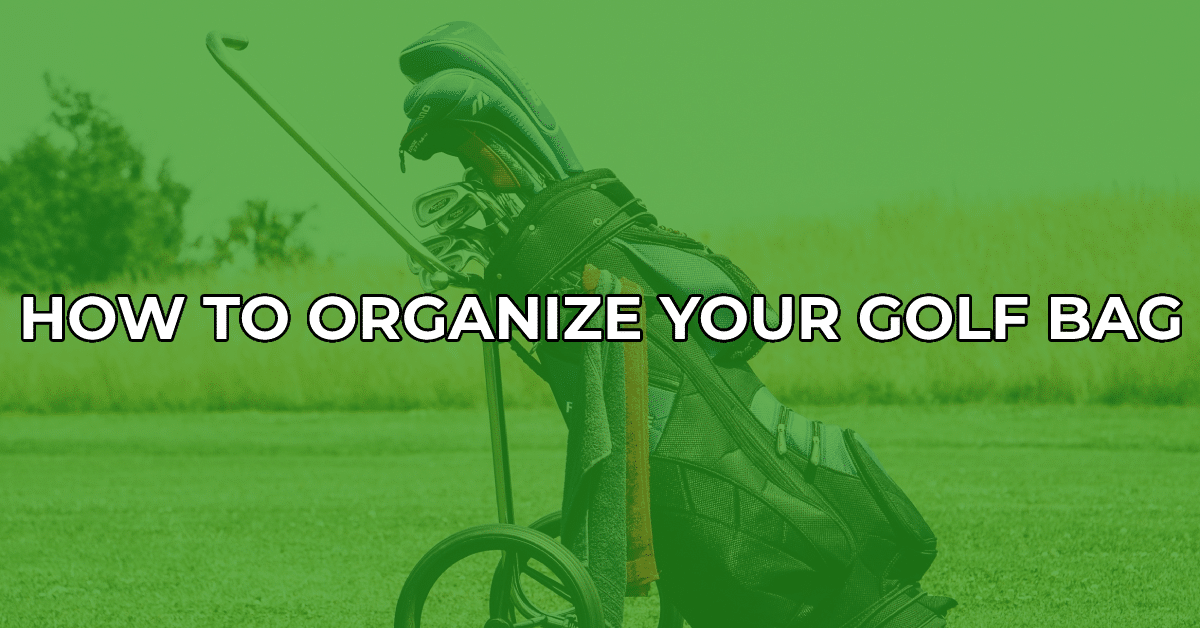 How to Organize Your Golf Bag (The Right Way!)

If you're looking to organize your golf bag to speed up pace of play, and have less stress, this guide has everything you need to do it the right way! 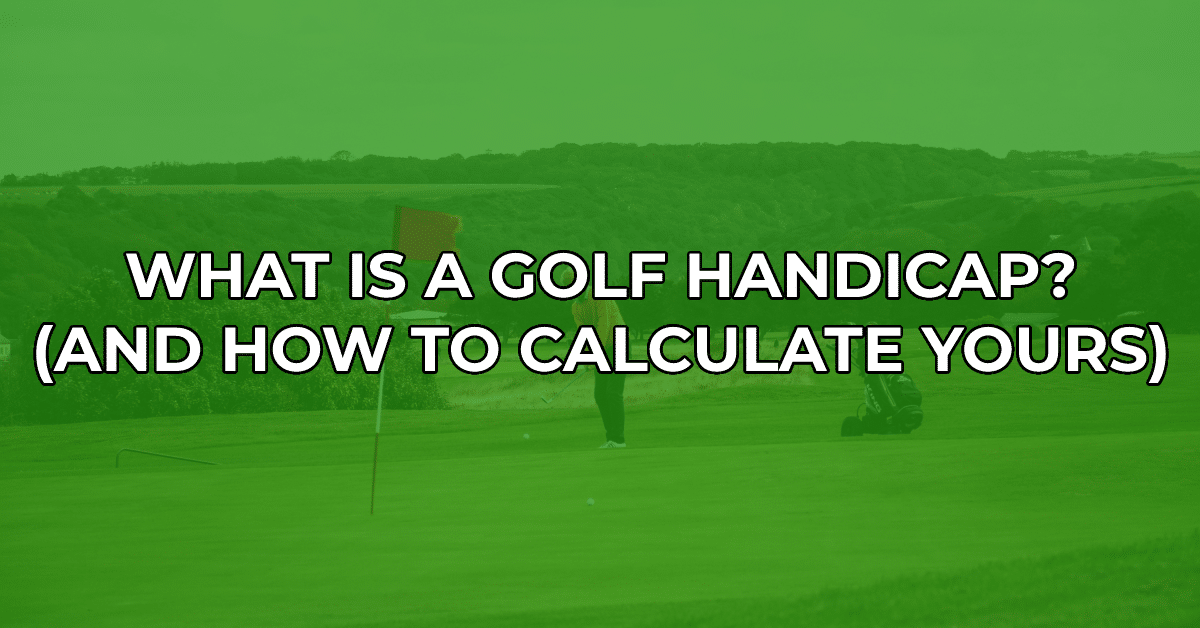 What is a Handicap in Golf? (And How To Calculate Yours!)

Curious about handicaps in golf? This article will teach you all you need to know, also going over how you can easily calculate your own handicap. 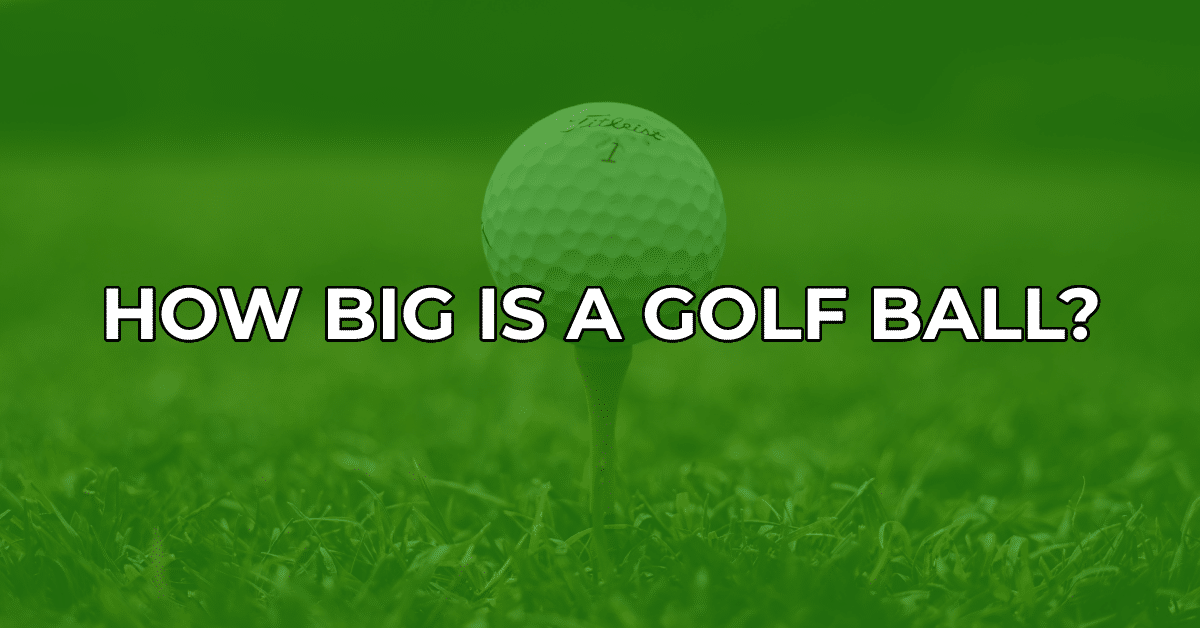 Golf Ball Size (Everything You Need To Know!)

Wondering how big a golf ball is? Are they all the same size? Are there regulations for the market? Click here for all of the information you'll need!